Marriage as an Illustration of the Reformation Principle of Sola Scriptura 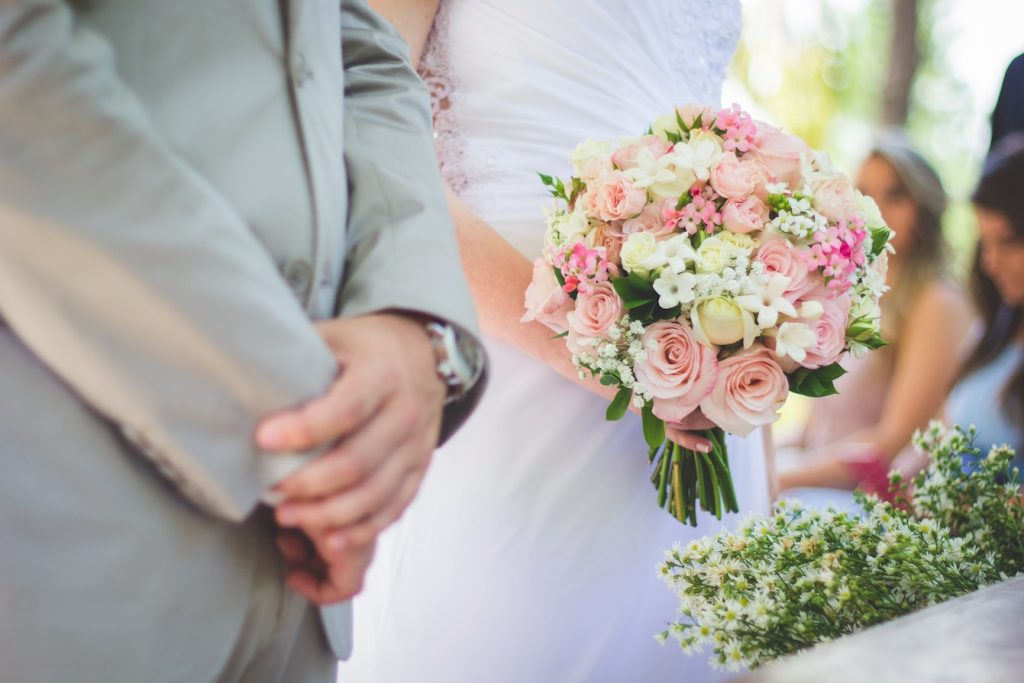 [Editor’s note: This entry is part 6 of the Reformation series.]

I remember the stand-up and the sit down chords. On the one we would stand obediently and pledge allegiance to the United States flag and then the Christian flag; on the other we would sit down and prepare our minds for the character story. Mrs. Cox, Mrs. Carey Cox, the pastor’s wife would take her place in front and stood with an posture of genuine piety, humility, and joy. Surveying the room of children between 7 and 12 years of age, she would announce the name of the person whose life would entrance us for a few minutes and whose persevering devotion to Jesus would cast a vision of what it meant to live a truly important life. Her story-telling helped place positive barriers in my conscience and set a captivating ideal of service before me. Mrs. Cox’s daughter, Sarah, was in the same class in school with my sister, Jo Ellen, and they both were keyboard prodigies (so it seemed to me) who often played organ and piano respectively on Sunday mornings. It took a lot of practice. Bob Cox, Sarah’s older brother, the second child in the Cox family, played football on the high school team. He had a friend named G. T. Thames whose family moved out of town in the summer and G. T. stayed in Brandon and lived with the Cox family so he could play football. He was a rugged fullback and Bob was a sneaky-good lineman and they both made the All Little Dixie Conference team that year. Brother Cox would tell funny stories of what it was like to have these two hungry football payers living under the same roof—a roof that covered a Baptist pastor’s family.

I did not know it at the time, but in addition to hearing the word of God preached straight out of the Bible every week, and being told that Jesus was the only way of salvation and nothing could be added to what he did to effect our salvation, the Reformation of the sixteenth century had placed that lovely and influential family in our church. Before about 1520, there would have been no such thing as a pastor’s family (at least not legitimately) for a local community. Vacation Bible School stories told by the pastor’s wife was one of the great blessings of the Reformation.

Hebrews 13:4 summarizes an important aspect of the biblical revelation concerning marriage and gives a simple propositional foundation to the recovery of the biblical doctrine of marriage: “Let marriage be held in honor among all, and let the marriage bed be undefiled, for God will judge the sexually immoral and adulterous.”

On one occasion around his now famous table, Luther brought to culmination a summary of his life with the sentence, “then I got up into the Pope’s hair and married a runaway nun.” Here we have an image of Luther’s revolutionary move to evangelical doctrine and his reclaiming marriage as the normal way of relating men and women to each other, illustrating the priesthood of all believers, and establishing a stable and compassionate society.

Around 1536, as Luther wrote what became known as the Schmalkald articles he included a statement on “The Marriage of Priests.”

The papists had neither authority nor right to prohibit marriage and burden the divine estate of priests with perpetual celibacy. On the contrary, they acted like antichristian, tyrannical, and wicked scoundrels, and thereby they gave occasion for all sorts of horrible, abominable, and countless sins, in which they are still involved. As little as the power has been given to us or to them to make a woman out of a man or a man out of a woman or abolish distinctions of sex altogether, so little have they had the power to separate such creatures of God or forbid them to live together honestly in marriage. We are, therefore, unwilling to consent to their abominable celibacy, not shall we suffer it. On the contrary, we desire marriage to be free, as God ordained and instituted it, and we shall not disrupt or hinder God’s work, for St. Paul says that to do so is a “doctrine of demons.”

In 1523, Ulrich Zwingli proposed the following articles for discussion at the first Zurich disputation: “All which God has allowed or not forbidden is righteous, hence marriage is permitted to all human beings.” He continued, “That all who are called clericals sin when they do not protect themselves by marriage after they have become conscious that God has not enabled them to remain chaste.”

Balthasar Hubmaier affirmed these position in 1524 when in his “Eighteen Theses” he stated, “To forbid priests to marry and to wink at their fleshly sins is to release Barrabas and put Christ to death.” He said again, “To promise chastity in the strength of men is nothing other than to promise to fly over the sea without wings.”

Calvin called Idelette, his wife, “the best companion of my life” and “the faithful helper of my ministry.” He also stated rather startingly, “The man who does not love his wife is a monster.”

The Augsburg Confession of 1530 saw in the unbiblical mistreatment of marriage an assault upon true evangelical doctrine. It violated the principle of sola scriptura for it caused persons to take vows unto God that he himself did not require. Such “will-worship” vows were the inventions of men. They constituted disobedience to God and taught “as doctrines the commandments of men.” Also, these invented doctrines redefined good works. When Paul admonished good deeds, he defined them as “fitting for sound doctrine” (Titus 2:1). At the same time, he warned against the “commandments of men who turn away from the truth” (Titus 1:14). The papists viewed their commandments as more holy and as conferring a degree of sanctity above the works plainly set forth in Scripture. Silly superstitions replaced the sound admonitions arising from the commandments of love to God and neighbor. Third, they violated the doctrine of justification by faith alone by the merits of Christ alone. By a vow of celibacy, clerics were seen to gain merit both for themselves and to provide an overflow of merit that could be given to others. They looked upon their consent to these man-made vows as meriting “remission of sins and justification.” Fourth, the natural and spiritual absurdity of the monastic vow of celibacy rendered ineffectual God’s provision of joy and protection for those not equipped to live a single life. At creation God said, “It is not good for man to be alone” (Genesis 2:18). In addition, Paul reasoned biblically, “to avoid fornication, let every man have his own wife” (1 Cor. 7: 2). So the confession concluded, “They, therefore, that are obedient to this commandment and ordinance of God do not sin.”

Even before I had any clue concerning the context of this blessing, the recovery of biblical truth in the Reformation established the foundation for the rich example of family life and shared ministry among the people of God. It prepared the way for the benefit of “rejoicing in the wife of [my] youth” (Proverbs 5:18), and having the proverbial blessing as my own: “He who finds a wife finds a good thing and obtains favor from the Lord” (Proverbs 18:22).