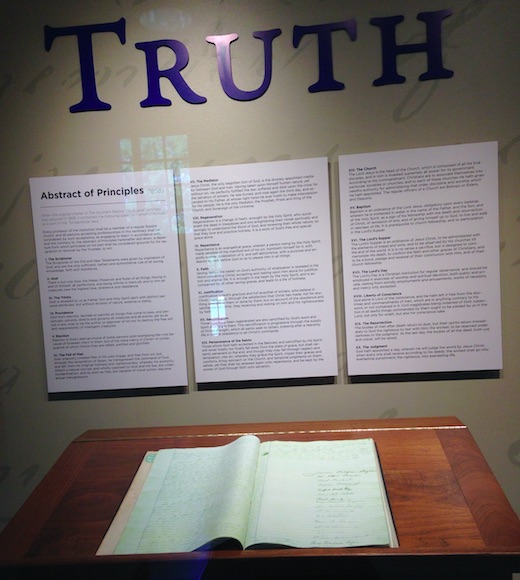 Recently I read that someone said, “But I don’t think we should start a shooting war over it.” He was talking about a war over the apparently increasing influence of Calvinism and Calvinists in the Southern Baptist Convention. Although he did not want to “start a war,” he did want to take some definite steps to neutralize, or reverse, the influence of those Calvinists that so disturb him.

Set aside the reality that they are perfectly persuaded in conscience that the confessional history of Southern Baptists warrants their labors, this peacemaker wants to make sure that every pastor and denominational worker toes the line on the “Traditional” soteriological position. He wants pastors, even if they sense a stewardship of calling as a pastor-teacher to look at the Abstract of Principles or the Second London Confession as a safe and trustworthy guide to a comprehensive understanding of Scripture, to “have an appreciation for Traditionalist soteriology that they will cultivate at their churches.”

I suppose, to him, that seems like good Pauline advice to Timothy and Titus to say both “yes” and “no” at the same time to opposing doctrinal propositions about important aspects of the doctrine of salvation. Perhaps we shall be persuaded that this is wise if we read it in tandem with 2 Timothy 1:13, “Retain the standard of sound words which you have heard from me, in the faith and love which are in Christ Jesus. Guard, through the Holy Spirit who dwells in us, the treasure which has been entrusted to you;” and add, or, with equal zeal and “appreciation” any other treasure or standard someone may present to you.

Probably this peaceful man looks upon the Traditional Statement that was entrusted to him as the “pattern of sound words.” If so, I am sure he will be eager to set an example of teaching two distinctly different standards by inculcating the doctrines of the Abstract of Principles with a zeal and earnestness equal to that of his concern for what he believes is the Baptist tradition.

If he at last is found not to be so doubleminded, we would expect an approach to the problem that would not present to him such a dilemma of conscience. That explains why he can announce that he is not for war and at the same time seek to chide his brethren into an attempt to “call for the removal of the Abstract of Principles as the confessional statement of Southern and Southeastern.”

And, by the way, he contends, it would also be necessary to change some strategic articles in the Baptist Faith and Message so as to leave no room to stand for these dangerous and soteriologically destructive Calvinists. He mentioned the article on regeneration quite disturbed that “it is a pretty easy jump to the idea that regeneration precedes faith, which leaves the door wide open to the idea that, since only some respond in faith to the gospel and not all, God must only regenerate some hearers prior to faith based solely on his elective choice.” He is precisely clear in his observation, since another statement of the Baptist Faith and Message says, “Election is the gracious purpose of God, according to which He regenerates, justifies, sanctifies, and glorifies sinners. It is consistent with the free agency of man, and comprehends all the means in connection with the end. It is the glorious display of God’s sovereign goodness, and is infinitely wise, holy, and unchangeable. It excludes boasting and promotes humility.” The content of that statement does indeed have a long pedigree in Baptist tradition.

This proposal, of course, is “in keeping faith with our theological tradition” even it means rejecting our historic confessions. And if the present persons of governing authority do not hop to it, and seek for the Traditional Statement “its importance and value [as] a part of their institutional agendas,” then, still captivated by the mode of peaceful operations, “we need to change the make-up of the boards to make it so.”

Indeed, a peaceful proposal and powerfully expressive of centuries of Baptist “tradition.” 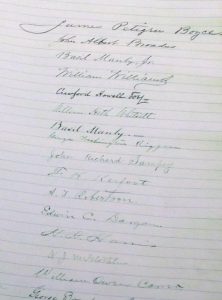