Inclined but not Incapacitated 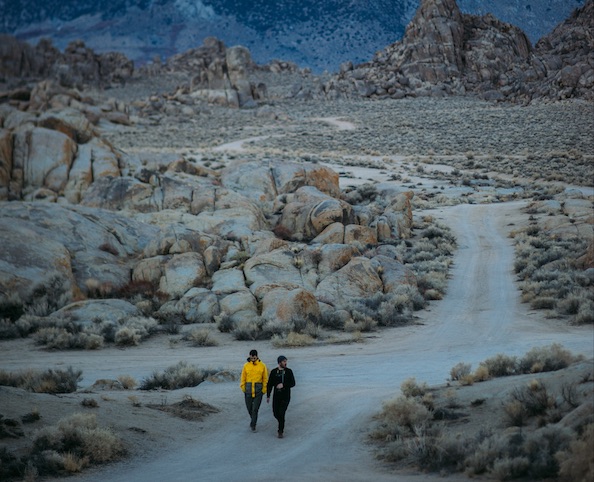 I read where a group of Southern Baptist thinkers said “libertarian free will” is essential to morally accountable action. Libertarian free will also has been called “contra-causal” or “autonomous” freedom. These views of human choice are supposedly consistent with their confessional affirmation that “every person inherits a nature and environment inclined toward sin and that every person who is capable of moral action will sin” while at the same time denying that “Adam’s sin resulted in the incapacitation of any person’s free will or rendered any person guilty before he has personally sinned.”

I am trying to sympathize with the spiritual concerns present in these ideas and am working to find some satisfaction with the internal logic of these doctrinal connections. I know that this, in a sense, is a theodicy, an earnest attempt to safeguard God’s perfect holiness. So far, I have not been able to be satisfied with either the biblical warrant or the internal consistency of a few ideas resident in the propositions.

Not sure where to start, I will give it a go first on the words themselves. They are sure that “every person who is capable of moral action will sin.” How soon or in what capacity one is capable or “moral action” is not said. I would say, in the womb. One would suppose that a moral being cannot escape being capable of “moral action” including actions of body and modes and operations of heart. They are sure of this, I suppose, because the Bible, which must be true in every generation says, “For all have sinned and come short of the glory of God” (Romans 3:23). They agree with that revelatory proposition and thus conclude without further empirical investigation that every person certainly will sin; in a sense we can say, the sin of every person in the future is certain, and thus necessary, simply because of the infallibility of the authority that makes such a universal declaration.

In addition to that, they also recognize that the inherited gravity of a “nature and environment inclined toward sin” pulls one in the direction of the inclination. One of their proof texts, Jeremiah 17:9, says, “The heart [meaning the center of moral tendency of every person] is more deceitful than all else and is desperately sick; who can understand it?” (NASB) Such a heart, given as a generality true in the case of every person, definitely establishes a “nature and environment inclined toward sin.” That is an amazing but absolutely certain phenomenon that an inclination makes a movement inevitable. I experience this every morning when I lay my gel vitamin D capsule on the table and watch it begin to roll toward the edge to fall on the floor unless I exert at least an equal pressure in the opposite direction to arrest it from its fatal fall. It would never stop on its own, but must have a force from the outside to deliver it from its inclination.

While the word “inclined” has a tested usefulness in the historical language of theology, I am dubious that this lines up with “contra-causal” freedom. These theologians look at their confessional statement denying that Adam’s sin “resulted in the incapacitation of any person’s free will” as justification for asserting contra-causality within the context of “autonomous” freedom.

Denying any “incapacitation” must mean that the quality originally present of goodness, that is, the positive capacity for loving and increasing in holiness, must not be reversed, or even compromised, by the co-existing inclination toward sin. If original capacities remain, however, that too constitutes a moral inclination to which contra-causality is impervious.

I suppose they reason that the moral autonomy of the will, operating in a kind of self-existent independence from inclination, provides sufficient power and opportunity for them to exert, within themselves, a power contrary to the moral “cause” that consists of a “nature . . . inclined toward sin.” This co-existing moral power may be looked upon as a “categorical ability of the will to refrain or not refrain from a given moral action” whether its inclination be good or bad.

In light of the nature of this discussion, am I wrong to assume that these Baptist thinkers believe that still present within the will are sufficiently powerful moral affections and motivations to move the will against its being inclined toward sin? But if so, why within the philosophical assertions of this system, do they consent that sin is inevitable?

Or with even greater difficulty do they insist:

“We affirm that when a person responds in faith to the Gospel, God promises to complete the process of salvation in the believer into eternity,” & “We deny that this Holy Spirit-sealed relationship can ever be broken. We deny even the possibility of apostasy.”

Does God’s salvation remove the fundamental requisite for freedom, contra-causality, from the saved person? Are not the promise of God and the seal of the Holy Spirit causes against which a person may exert and act of will? What kind of tension is created when divine promise meets the challenge of libertarian free will?

It is true that the Bible presents a similar dynamic—two internally powerful factors—as indeed the case with the regenerated and justified person—“I joyfully concur with the law of God in the inner man, but I see a different law in the members of my body, waging war against the law of my mind” (Romans 7:22, 23)—an internal war that taints all of the believer’s actions with the presence of indwelling sin, voiding the ability completely to subdue the polluting presence of the death-struggles of the flesh. Neither of these two parts of the tension looks anything like contra-causal freedom.

That battle, however, does not seem to be the description of an unregenerate, unjustified man. Rather, “There is none righteous, not even one; there is none who understands, there is none who seeks for God, all have turned aside, together they have become useless; there is none who does good, there is not even one. Their throat is an open grave, with their tongues they keep deceiving. The poison of asps is under their lips, whose mouth is full of cursing and bitterness; their feet are swift to shed blood, destruction and misery are in their paths, and the path of peace have they not known. There is no fear of God before their eyes” (Romans 3:10-18). I search in vain for a representation of the fallen man that asserts any remnant of a remaining capacity to overcome such a horrific and thorough inclination.

But wait! I forgot. Maybe they did too. We need not speak of capacity or “incapacitation” at all—no such thing is needed. The will needs no countervailing motivation, for its actions are “contra-causal.” Contra-causality contradicts the very notion of “capacity” and laughs at the presence or non-presence of “incapacitation.” It brings into being a thing, a human decision of moral consequence, completely without a determining cause, in fact against all antecedents having the tendency to produce an effect, against all capacities or incapacities. That leads to another problem.