Laughing When I Should Be Crying 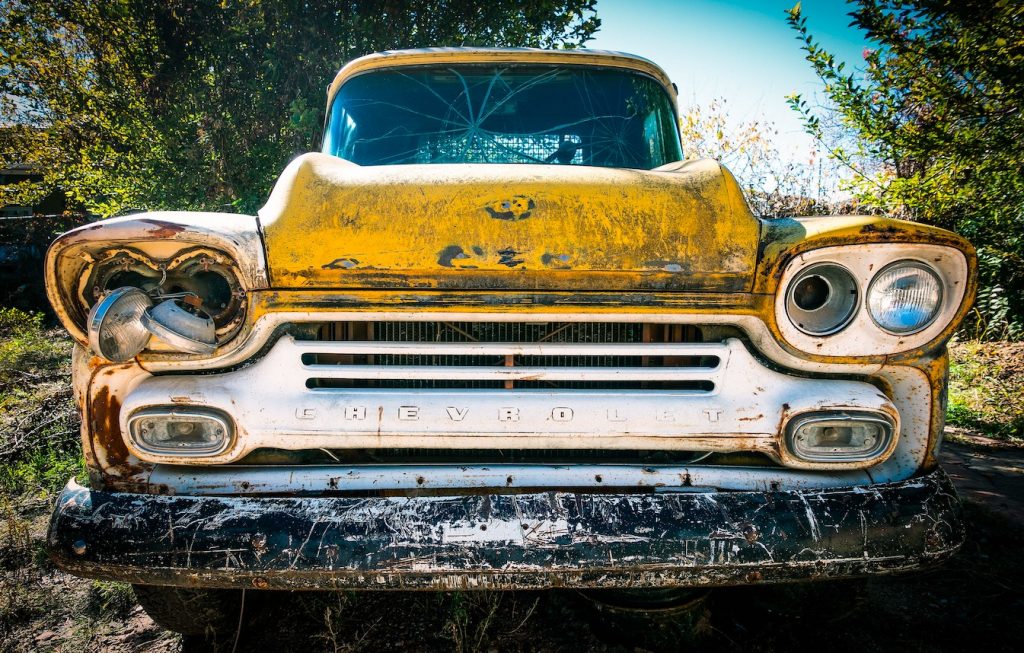 I caught myself laughing. I couldn’t help it. I know that I should have been crying but the irony of the comment jarred me as so absurd that I laughed. What was so funny? A notable “Traditionalist” lamented the good old days of Baptist life a generation ago. Was he kidding? He describes what Southern Baptist churches looked like a generation ago.

“They had no competing affiliations or loyalties. They had Southern Baptist programs and used Southern Baptist literature. Their Pastor was trained at a Southern Baptist seminary. He gave an altar call every Sunday. He shared a Billy Graham style Sinner’s Prayer and invited people to walk the aisle.”

Okay, I’m thinking of my own experience. I know that. But please indulge me for a bit of reflection—it will end well. The sixties and early seventies do not shine as the brightest light in Southern Baptist history. It’s not that some incredible things didn’t happen—they did. However, they happened despite the far too typically cold, gospel-absent, doctrine-less, lifeless churches that made up so many in our denomination. They happened despite the deeply rooted liberalism in some of our seminaries. They happened despite systemic racism in our many of our churches. There were exceptions to that, thank God, yet many of the small town churches like mine trudged along promoting denominational events without the passion of proclaiming the crucified and resurrected Lord Jesus Christ. “Don’t mess with our programs” served as an unwritten mantra. In their minds, as long as it was “Baptist,” it was okay, whether biblical or not. Sunday School classes mindlessly read through Sunday School Board quarterlies with little concern for right interpretation or doctrine (woe to those who tried to just study the Bible). Yes, those churches identified with three levels of SBC life—local, state, and national, gave 10% to denominational mission entities, educated their pastors at SBC seminaries, gave altar calls, led people in the “sinner’s prayer,” and proudly wore the name “Baptist” on their church sign. Admirable things? Sure, for the most part, but it didn’t mean they necessarily centered church and ministry on the gospel.

The Jesus Movement splashed on the scene at that point, with young people professing Christ, holding rallies and testimony meetings, orchestrating “youth revivals,” witnessing in their schools, strumming guitars and singing “Pass It On.” But the Jesus Movement did not originate in traditional SBC churches. Its sweeping awakening affected some of those churches. Yet many of them did not know what to do with it. My home pastor didn’t acknowledge this spiritual awakening despite the fact that a number of teenagers that he had baptized as unconverted children were coming to faith in Christ. Instead of rejoicing, he feared that it would rock the boat of his staid denominational calendar of activities. Something might get out of control, so he tried to squash the enthusiasm (unsuccessfully, I might add).

The younger generation started realizing that the body of Christ knows no racial boundaries. What had been accepted as the way things are—racial segregation, were questioned and rejected. As a young preacher, I gladly proclaimed God’s Word at some of our local black churches. Later I found out that a very white church thought of calling me as pastor until they discovered that I had preached in black churches. That consideration was quickly withdrawn. That generation failed to see the church’s composition through the lens of Scripture (e.g. Revelation 5:9). The “good ol’ days” of the 60s were not so good for everyone.

Where was biblical exposition in that era? As a college student, I vividly remember hearing Stephen Olford expound the Scriptures and afterward, not being able to get out of my seat, as the Word overwhelmed me. I had grown up hearing topical ditties that did nothing for the soul. So had most of my friends. My parents’ generation languished in their churches where the Word of God held no priority. Sure, altar calls were given and sinner’s prayers prayed, children routinely baptized, VBS and youth camps generated Annual Church Profile statistics, but for what? The Word is clear: “Faith comes from hearing, and hearing by the word of Christ”—the gospel, as Paul declared (Romans 10:17). But what did many of these congregations hear week-by-week? For many, including my own, it was not the gospel of Jesus Christ. Lest someone think that’s code word for “Calvinism,” that’s not at all what I mean. The gospel of the Incarnate, sinless, law-fulfilling, crucified, buried, resurrected, wrath-absorbing, sinner-justifying, ascended Lord, God-glorifying, repent-and-believe gospel is what I mean. We just rarely heard it, and when we did it was often confused by the mechanics of decisionism used to pad the numbers.

While an earlier generation of Baptists faithfully disciplined members that failed to live out the gospel, thus correcting the church’s witness in the community, the 60s and early 70s generation dared not think of discipline, despite Scripture’s admonition (e.g. Matthew 18; 1 Corinthians 5). Pastoral status came through big membership rolls. So instead of grieving that membership (including the very convenient title that excused disobedience to Christ, “non-resident members”) exceeded regular attendance by three or four times, they kept adding without considering that something might be amiss in the eyes of the Lord of the Church.

If a new program came out of Nashville the churches bustled with excitement to implement yet another plan to generate church growth, while neglecting God’s means for growth in Holy Spirit empowered gospel proclamation/witness and prayer. What were they growing? Activity-centered gatherings of people who couldn’t explain the basic doctrines of the faith or give a gospel explanation or live distinctively as followers of Christ or walk in Christian unity or engage the nations with the good news. Were there exceptions? Yes, thank God! And the Lord used them mightily to bring correction that we’re still profiting from. But for the most part, by my observation, that generation—my generation of the 60s and 70s—had a form of godliness while denying its power through the gospel alone (2 Timothy 3:5).

Return or Press On?

So should we pine away for the “good ol’ days” of the previous generation? If we want to go back to seminaries that deny biblical inerrancy; churches that cast to the wind regenerate church membership; pastors that give no attention to wrestling with a biblical text in the study before expounding it faithfully from the pulpit; churches that think missions fulfilled by nickels in the plate; worship services parading segregation; Sunday School classes reading content-less quarterlies; substituting packaged programs for healthy congregations.

I’ll take the present generation’s emphasis on the power of the gospel proclaimed without props, sound doctrine robustly discussed, healthy church life prioritized, Great Commission focused agencies, church planting passion, intentional gospel outreach for unreached people groups, biblical church polity including plural elder leadership within congregationalism, churches that desire their ethnic composition to look like heaven’s congregation, expository preaching in the Spirit’s power week-by-week, confessionally committed seminary professors that actually teach on the basis of the Abstract of Principles and/or Baptist Faith & Message 2000, fellowship of pastors who hold one another accountable for holy living and gospel centrality, church membership taken seriously, and dependence upon the grace of God to save sinners and grow churches while the body of Christ faithfully and joyfully labors.

Will this at times be messy? Will some overstep boundaries of prudence? Will some impatiently push when they should wait on the Lord? Will there be gaffes, growing pains, misunderstandings, lively discussions, and even disagreements? Yes, that’s part of church life in a fallen world until Jesus returns.

But, return to the previous generation’s emphases and practices? Whether laughing or crying—not a chance.