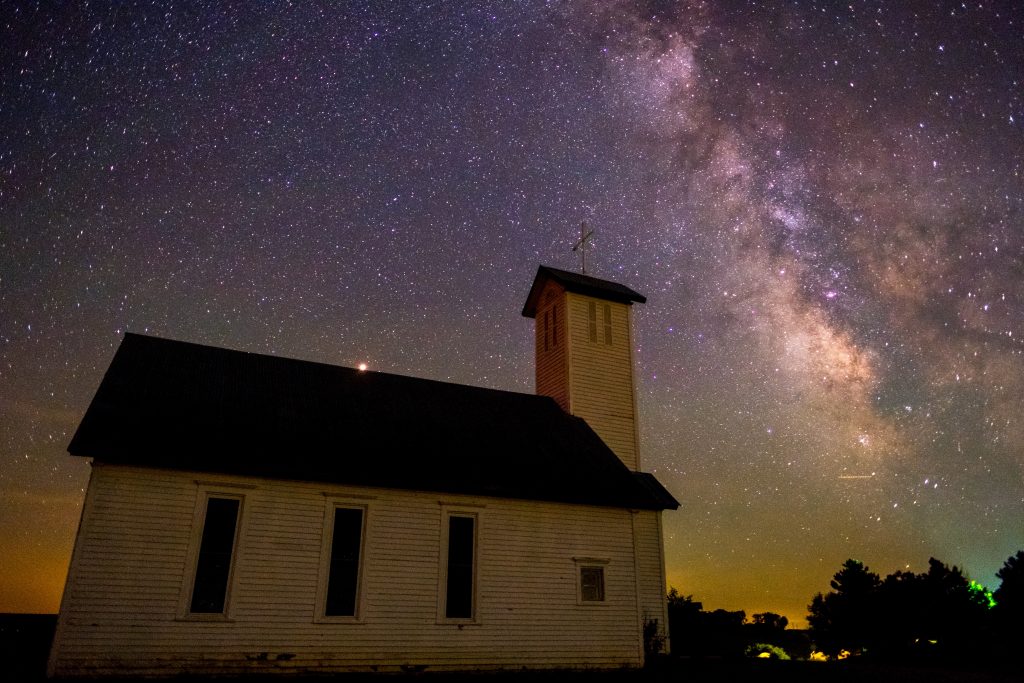 When the Philadelphia Association received a “query” asking whether “a person denying unconditional election, the doctrine of original sin, and the final perseverance of the saints, and striving to affect as many a he can, may have full communion with the church?” they answered that they could not “allow that any are true members of our churches who deny the said principles.” They also included an affirmation of all three doctrines. On original sin the Association affirmed that we “are originally sinful or partakers of the first sin of human nature, being included in Adam when he was created, [and] are justly shut out of our native happiness, and have lost our right thereunto forever, unless our title be restored by the second Adam the Lord from heaven, by being effectually called in time.” [68, 69] They went on to call this doctrine, and the others included in the query, “next to the belief of an eternal God,” as fundamental doctrines of Christianity on which our faith must rest. They would be perplexed that a Baptist convention that stands as an heir of the theological position of that Association would now be the residing place of a serious challenge to the viability of that doctrine.

A recent challenge to the Abstract points to their respective articles on the effects of Adam’s sin. The Abstract states, “his posterity inherit a nature corrupt and wholly opposed to God and His law, are under condemnation, and as soon as they are capable of moral action, become actual transgressors.” The Baptist Faith and Message (hereafter BFM) reads: “his posterity inherit a nature and an environment inclined toward sin, and as soon as they are capable of moral action, they become transgressors and are under condemnation.” The supposed inconsistency contends that the BFM affirms that condemnation does not come until “they become transgressors.” Supposedly, some years may pass between birth and actual transgression, and therefore, infants and young children are without sin, and, therefore, not under condemnation. Consequently, they do not stand in need of a savior, until they reach an age of accountability, defined as such by some consciousness of transgression.

The objection does not consider a “nature inclined toward sin” (BFM) as already sinful and transgressing. I would ask, “Does such a moral propensity not involve real guilt? Andrew Fuller wrote in 1778, before he published The Gospel Worthy of All Acceptation, “Destitute of the last, i.e. of an inclination or heart to do good, which all men by nature are, all our natural powers are of no avail to the performance of good, since internal inclinations are those by which all external actions are entirely guided and governed.” His use of the word “inclination” is consistent with the use of that word in theological discussion. An incline means that the direction of the heart at its inception is against God and unless arrested by some power extrinsic to it, will proceed in a continual descent of sin. The moment of conception involves that inclination, (“inherit a nature . . . inclined toward sin” BFM) and in its preferences and propensities, each person already is a moral being at conception. A moral being has no inherent neutrality toward moral ideas or dispositions. Human nature at conception is inclined away from holiness and righteousness and is thus “corrupt and wholly opposed to God and His law” [Abstract].

Of course, we don’t have to rely on Andrew Fuller, as important as he is in the history of Baptist thought, for Jesus unveiled the heart inclined to evil as the evil fountain from which evil actions arose. “For from within, out of the heart of man, come evil thoughts, sexual immorality, theft, murder, adultery, coveting, wickedness, deceit, sensuality, envy, slander, pride, foolishness. All these evil things come from within, and they defile a person.” (Mk 7:23). From whence is such a heart? Under divine inspiration, David lamented, “The wicked are estranged from the womb; they go astray from birth, speaking lies.” (Ps 58:3) By way of personal application he confessed, ”Behold, I was brought forth in iniquity, and in sin did my mother conceive me” (Ps 51:5). A nature inclined toward evil is an evil thing in itself, and one having such a nature is not innocent. Transgression is first of all in heart—disposition and inclination of soul to disregard God’s law. The one who consents to the BFM should believe thus.

An inclination toward sin leaving us without guilt is an absurdity. Jesus taught that the heart problem is fundamental to sin and Paul’s description of transgressors as “by nature children of wrath” seems to focus on that same point. If the “nature inclined toward sin” followed Adam’s transgression and constituted the death that immediately came upon him, along with the death that passed on all men, then our inheritance of the condition of death means that we are born also with the guilt of which the death is a result (Rom 5:12, 18). Otherwise we have the condition of death, as it were, the punishment for guilt, but have no guilt. Jesus suffered without guilt and was punished without personal guilt, but no other of the sons of men has ever done so. He did so as the Federal Head of his elect. Apart from the virgin-conceived-and-born Son of Man, Adam’s vine has never produced an innocent fruit.

The concept of congenital innocence may appeal to the sense of fair play and self-justification endemic to our self-centeredness, but it has no biblical justification and is not a compelling interpretation either of the Baptist Faith and Message or of the Abstract of Principles.