The Content of the Noble New Hampshire Confession (Part 1) 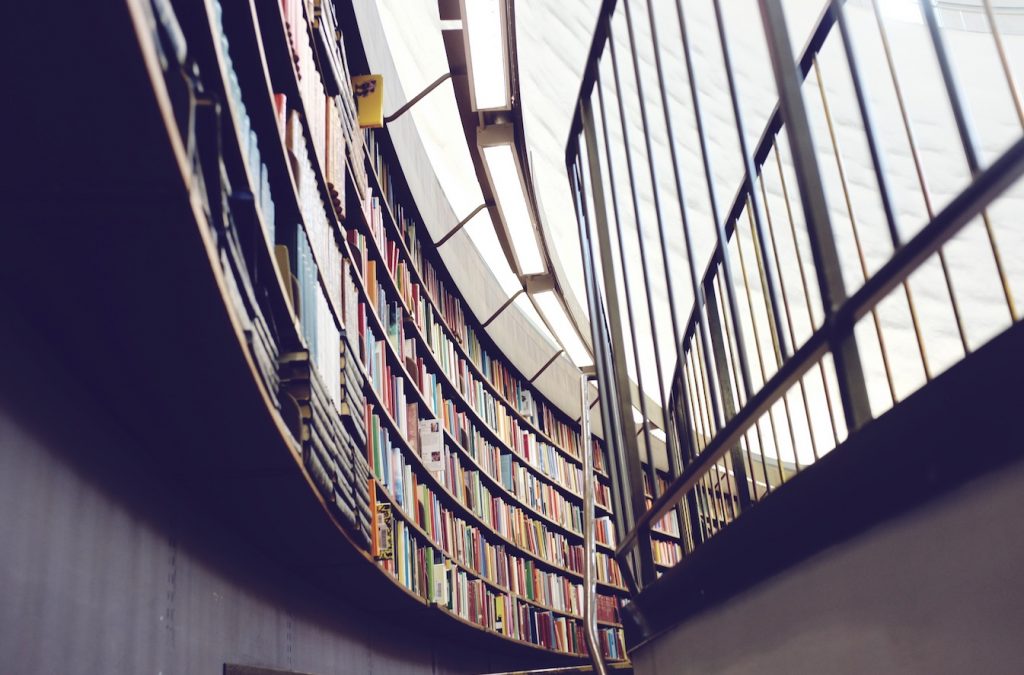 In our last entry, we examined the complex context in which the New Hampshire Confession of Faith was written—the anti-mission-society movement, the Free Will Baptist movement, and the phenomenon of Charles Finney’s impact on Baptist ideas. In this entry we begin an examination of its content.

These challenges prompted the New Hampshire Baptist Convention to appoint a committee in 1830 to present a confession of faith that would summarize the views of the churches of the Convention. After several revisions both by individuals and other committees, it was finally presented in 1833 by the Board of the Convention and recommended to the churches for Adoption. In 1853, J. Newton Brown added two articles, “Repentance and Faith” and Sanctification,” and published the confession in a book he put together entitled The Baptist Church Manual.

One of the dilemmas implied by the varied theological dynamics may be stated in these questions: “If election is true, is there sufficient moral justification for the condemnation of sinners. Can men actually be seen as responsible if a divine decree rules their eternity and moral inability rules their present? Does not this render the preaching of the gospel a futile, irrelevant, and unnecessary exercise? Or, since the divine decree determines all things, both the salvation or condemnation of individuals and the providential means by which they come to hear the gospel, is it not an intrusion of the divine prerogative and honor to impose extraordinary human effort in going to the unconverted?”

Some historians have viewed this confession as a capitulation to the Free Will movement giving only minimal assertions of the former strong Calvinism of the New Hampshire Baptists. This movement, combined with the revivalism of the age, had worn away the sharp edges of their Calvinistic persuasion. William Lumpkin surmised, “In point of fact, the theological views of Calvinistic Baptist in the New Hampshire area had been considerably modified after 1780. . . . The Free Will Baptist message was welcomed with enthusiasm by the great middle class in New England and its warm evangelism produced a revolt against the rigid theological system of some Calvinistic Baptists. The New Hampshire Convention thus sought to restate its Calvinism in very moderate tones. [Lumpkin, 376f] O. C. S. Wallace wrote an exposition of the confession and referred to the ‘non-commital character of certain parts of the declaration.” William J. McGlothlin observed that “it is doubtful if it ought to be called Calvinistic, since it is non-commital on every point of difference between the Calvinistic and Arminian systems.” He called it “very brief and very moderately Calvinistic” and reflects the moderating tendency of the Arminian presence.

My personal investigation of the theology and historical context does not yield the same judgment.

I view this confession as fundamentally loyal to the Calvinistic tradition, not a capitulation to any doctrine viewed as inconsistent with the historically expressed biblical faith of Baptists.

Informed by the historic purpose of a confession, it uses phrases and carefully constructed ideas always embedded in the Calvinistic doctrines that were omitted by the Primitives. At the same time, it corrects misrepresentation by the Arminians, and simplistic assaults by Finney.

In its 1853 rendition, the Confession consists of 18 articles. Each of these is carefully worded in light of the theological context within which they were written. It begins with a strong affirmation of the authority of Scripture as inspired and containing the famous statement “That it has God for its author, salvation for its end, and truth, without any mixture of error, for its matter.” On the True God affirms a robust monotheism with an orthodox understanding of the Trinity,” that in the unity of the Godhead there are three persons, the Father, the Son, and the Holy Ghost; equal in every divine perfection and executing distinct but harmonious offices in the great work of redemption.”

“On the Fall of Man,” it affirms, as Calvinists always have done, the voluntary nature of sin without diminishing the effects of the fall in universal condemnation and moral corruption. Man’s original moral character was holy and he was placed “under the law of his Maker.” He fell from that “holy and happy state” when he committed a “voluntary transgression.” Consequently, “all mankind are now sinners, not by constraint but choice” arising from a “nature utterly void of that holiness required by the law of God, positively inclined to evil; and therefore under just condemnation to eternal ruin, without defense or excuse.” This is hardly a capitulation to Arminianism.

The article on justification sets forth a clear rejection of works righteousness, and affirms the pardon of sin, the promise of eternal life “on principles of Righteousness.” This means “not in consideration of any works of righteousness which we have done, but solely through faith in the Redeemer’s blood.” By faith “his perfect righteousness is freely imputed to us of God” and believers are brought “into a state of most blessed peace and favor with God.” Included in that transaction are “every other blessing needful for time and eternity.”

The article on the “Freeness of Salvation” is aimed to show that Calvinists believe in universal offer based on universal duty, not necessarily universal provision. It shows that they are fully in accord with what the Primitives called “Fullerism.” Affirming that “the blessings of salvation are made free to all by the gospel” and “that it is the immediate duty of all to accept them by a cordial penitent, and obedient faith,” they attribute the failure to believe to the sinner’s “own inherent depravity and voluntary rejection of the gospel; which rejection involves him in an aggravated condemnation.”

Since such “inherent depravity” is at the root of all “voluntary rejection of the gospel, the article on “Grace in Regeneration” forms the bridge between unbelief and belief. The article clearly states a Calvinisic understanding of this doctrine while appropriating language that would catch the attention of both Arminians and Finneyites. Regeneration does not come on the basis of a prior disposition but establishes the necessary disposition of mind consistent with salvation. Regeneration is necessary for “regeneration consists in giving a holy disposition to the mind” and operates “above our comprehension by the power of the Holy Spirit, in connection with divine truth.” Its end is to “secure our voluntary obedience to the gospel.” The evidences of its presence are “the holy fruits of repentance and faith and newness of life.”

In order to solidify the historical view consistent with effectual calling and yet fully in tune with the theological tensions within which they operated, Brown constructed an article on repentance and faith: “We believe that Repentance and Faith are sacred duties, and also inseparable graces, wrought in our souls by the regenerating Spirit of God; whereby being deeply convinced of our guilt, danger, and helplessness, and of the way of salvation by Christ, we turn to God with unfeigned contrition, confession, and supplication for mercy; at the same time heartily receiving the Lord Jesus Christ as our Prophet, Priest and King, and relying on him alone as the only and all-sufficient Saviour.”

Repentance and faith are duties because they are commanded in Scripture in many passages (e.g Luke 3:3; Mark 1:15; Luke 24:46 47; Acts 2:38; Acts 11:18; Acts 17:30, Romans 1:5; Hebrews 4:2, 6, 11). Also, repentance implies the excellence and immutable perfection of the moral law against which we have sinned and to which all mankind must be subject. Faith implies the perfection of Christ as savior in meeting all the demands of the law both in its punitive requirement and in its righteousness flowing from holiness. None is exempt from embracing this moral perfection as the only way in which one may come before God. The hyper-Calvinist objection to duty faith was denied in the use of this word.

These graces are inseparable. As stated in the Baptist Catechism, “Repentance unto life is a saving grace whereby a sinner, out of a true sense of his sin, and apprehension of the mercy of God in Christ, doth with grief and hatred of his sin, turn from it unto God, with full purpose of and endeavor after new obedience.” In addition, they are “wrought in our soul.” They are produced and shaped by a power outside of us, again reflecting the concepts of the “Baptist Catechism” that describes effectual calling “a work of God’s Spirit whereby, convincing us of our sin and misery, enlightening our minds in the knowledge of Christ, and renewing our will, he doth persuade and enable us to embrace Jesus Christ, freely offered to us in the gospel.” God transforms, by the power in which he executes the entire scheme of salvation, the moral nature of man to remake his moral perceptions and preferences. Under the strength of this change, we sinners, as stated by the confession, are “deeply convinced of our guilt, danger, and helplessness, and of the way of salvation by Christ,” and so “turn to God with unfeigned contrition, confession, and supplication for mercy.” Because of the inseparability of these duties wrought by grace, the confession goes on to affirm, “At the same time heartily receiving the Lord Jesus Christ as our Prophet, priest, and king, and relying on him alone as the only and all-sufficient Saviour.”

As we will see in our next entry, all of this happens according to an eternal purpose, is conserved and manifest in the church, and is carried on infallibly into eternity.