The 1925 Baptist Faith and Message: Finding a Rock in a Storm 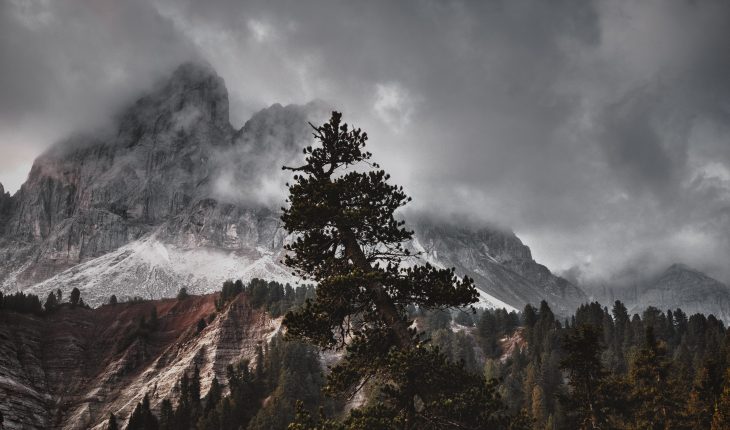 In an effort to smooth over this misunderstanding and establish firmer unity between the Baptists of the North and those of the South, the two groups contemplated a jointly issued confession. Leaders from both conventions attended an informal conference including Mullins and the president of the Northern Baptist Convention, Helen Barrett Montgomery. This informal gathering of leaders discussed the value of a confession and statement of principles. With a consensus of approximate agreement on this, they decided to present a proposal to the respective conventions to cooperate on the adoption of a “statement of Baptist doctrine and polity, setting forth briefly the fundamentals of our faith and the peculiar beliefs and observances which characterize and distinguish us.”

With confidence in the good faith of their northern counterparts, the Southern Baptist Convention meeting in 1922 adopted a resolution proposing that a committee of twenty, including the presidents as ex officio members, be charged to produce a potentially viable document of doctrine and polity. A strong confessional commitment existed among Baptists in the South and their alarm at the encroachment of modernism into denominational life, north and south, made many see the adoption of a confession as a good idea.

The churches of the North were not quite as compliant. Less than two months later the goal of a jointly issued confession aborted abruptly. The Minnesota pastor W. B. Riley, resisting the movement of the agencies of Northern Baptists toward liberalism, moved that the Convention adopt the New Hampshire Confession and recommend it to the local churches. Immediately subsequent to this recommendation, Cornelius Woelfkin offered a substitute motion. Woelfkin served as pastor of the famous Park Avenue Baptist church from 1912 to 1926 and prepared the way for his successor, Harry Emerson Fosdick. Fosdick moved the church out of the Baptist fold and made it a stronghold of liberal ministry. Woelfkin had taught homiletics from 1906-1912 at Rochester Divinity School pressing it forward in its weary journey into liberalism. His motion said simply, “The Northern Baptist Convention affirms that the New Testament is the all-sufficient ground of our faith and practise [sic], and we need no other statement.” The substitute motion passed and effectively removed the Northern Baptist Convention from the joint-confession project.

Mullins attended that meeting and was asked to close it in prayer. Knowing the strong confessional, anti-modernist, anti-evolution views of many Southern Baptist Conservatives, Mullins put himself in the driver’s seat for the confession. He successfully resisted some of the more polarizing views of conservatives, but at the same time offended the advancing progressives in the convention by having fallen into the “snare of creed making.” John E. White, president of Anderson College in South Carolina and W. O. Carver, professor at the Southern Baptist Theological Seminary were strongly opposed to the confession. They believed that it violated a long-held Baptist principle of resisting the imposition of a creed on free individuals. White sought to rally opposition in the denomination for this attempt to run roughshod over the “Baptist aversion to all creeds but the Bible.” Carver was more discreet but did not hide from Mullins his displeasure at this move toward Presbyterianism. For Carver, theology did not come in the form of authoritative dogma but in “vitalizing experience.”

The 1925 Baptist Faith and Message arose, therefore, with theological tensions left, center, and right in the Southern Baptist Convention and an aggressive liberal anti-confessionalism in the convention to the north. Even though no group got all they wanted in the confessional movement, and though many tended to ignore its implications, the overall impact had a conserving effect on the doctrinal state of the Convention.

The trajectory from J. P. Boyce in his defense of creeds, B. H. Carroll’s equally strong affirmation of the protective and edifying strength of confessions and creeds, and J. B. Gambrell’s defense of the necessary discipline of confessional subscription gave Southern Baptists the historical, biblical, practical, and doctrinal wherewithal to endorse a confessional standard for convention work. We should be profoundly grateful for this, for it has been an important factor in making the difference between a gospel-denying progressivism and a Bible-affirming, Christ-exalting, gospel-preaching commitment throughout the Convention.