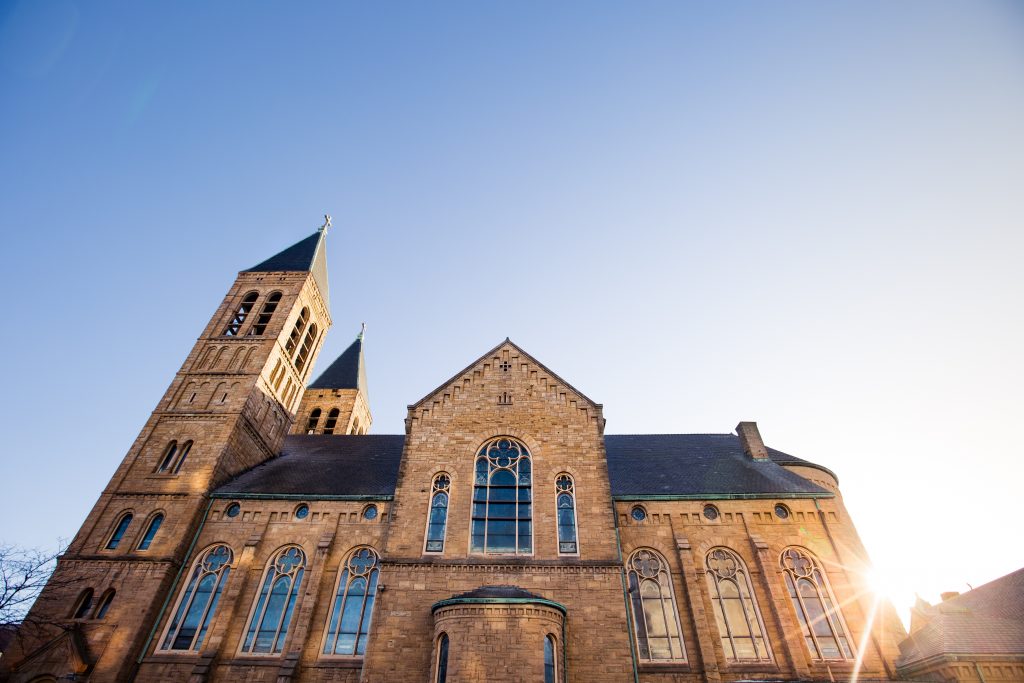 Every  confession of faith has its own historic context and yields a more accurate understanding when its words are seen in light of that context. This rather obvious truism, however, is particularly relevant to understanding the New Hampshire Confession of Faith. Given the normative status of the Second London Confession for Baptists from New England to the deep South, several rather intense doctrinal challenges to early 19thcentury Baptists made a confessional response necessary for Calvinistic missionary Baptists.

One movement to which response was urgent came in the development of the Anti-mission Society Movement. The conversion of Adoniram Judson, Ann Judson, and Luther Rice to Baptist views in 1812, led to the formation of the General Missionary Convention among Baptists. By the mid-1820’s a reaction was in progress against the Convention and other missionary societies over ecclesiological matters in the main. Some, however, began to raise doctrinal resistance, considering the effort to be tinged with Arminian assumptions. One Primitive Baptist historian remarked that the “Fullerite heresies” stirred great discord and turmoil, and in being the foundation of the modern missionary system produced “an innovation and a human appendage to the church of Christ, worldly in character and insulting in its nature to the King of Zion.” A response to the developing hyper-calvinism of the Primitive movement was necessary.

In addition, on the other side of the doctrinal spectrum, Baptists saw the growing impact of Charles Finney on New England theology. Two points are important for us to consider as influences on the language of the New Hampshire confession. First is Finney’s particular construction of the voluntary nature of all human decision. Since “God cannot save men without their concurrence,” God must induce human cooperation within the existing moral fabric of human nature. If God works by providence and his Spirit “to the utmost extent he wisely can, and all in vain, there remains nothing more which, as a moral governor, he can do to save him.” This view of God’s necessary cooperation with human will makes the idea of moral inability an absurdity. Commands always imply present ability. Natural ability cannot be distinguished from but must include moral ability. Every command implies the moral power to obey. Conversion, therefore depends on four confluent causes. The Spirit of God brings light and moral suasion; the truth embodies the motivational content which the Spirit uses to “induce the sinner to turn.” Third, the preacher is a secondary agent to present the truth, and, finally, the sinner himself does the actual turning, changes his heart as his own act.

The third contextual influence, and perhaps most immediately pertinent, is the emergence of Free will Baptists under the influence of Benjamin Randall. Coming under conviction as a result of thoughts that plagued him after the death of George Whitefield, Randall sought to know if saving mercy still was available to him. When he was converted, he had a vision of saving grace that brought him to this conviction about the saving work of Christ: “I saw in him a universal love, a universal atonement, a universal call to mankind, and was confident that none would ever perish, but those that refused to obey it.” After a mystical experience in which God showed him that his views of universal grace were consistent with Romans 8:29, 30 and Ephesians 1:3-6, he began forming churches based on increasingly strong Arminian convictions.

Randall died in 1807. The Free Will Baptist movement grew and in 1826 began publishing The Free Will Baptist Magazine. By 1833 they initiated a foreign mission outreach. In 1832 the General Conference approved the writing of a confession of faith, an action that Benjamin Randall never would have approved. This confession was adopted in 1834, the year after the New Hampshire Baptist Association’s adoption of the New Hampshire Confession. This Free Will Baptist Confession gave clear delineation of its distinctive doctrines. With Finneyite overtones, they stated, “God has endowed man with power of free choice, and governs him by moral laws and motives; and this power of free choice is the exact measure of man’s responsibility.” While affirming absolute foreknowledge they distinguish between God’s future knowledge and his decree. “All events are present with God from everlasting to everlasting; but His knowledge of them does not in any sense cause them, nor does He decree all events which He knows will occur.” The gospel call to repentance must be matched by the universal extent of the atonement and the universal strivings of the Spirit, so that: “The call of the gospel is co-extensive with the atonement to all men, both by the word and strivings of the Spirit, so that salvation is rendered equally possible to all; and if any fail of eternal life, the fault is wholly his own.” In confessing the necessity of both the atoning work of Christ and the renovating work of the Spirit, the Free Will Baptists asserted, ‘both of which are freely provided for every descendent of Adam.” On perseverance, they stated strong hopes that the “truly regenerate will persevere unto the end, and be saved, through the power of divine grace which is pledged for their support.” This, however is “neither determined nor certain” for they may yet, because of infirmity and temptation, “make shipwreck of their faith and be lost.”

In light of all of these challenges, the New Hampshire Baptist Convention appointed a committee in 1830 to present a confession of faith that would summarize the views of the churches of the convention. After several revisions both by individuals and other committees, it was finally presented in 1833 by the board of the convention and recommended to the churches for adoption. In 1853, J. Newton Brown added two articles, “Repentance and Faith” and Sanctification,” and published the confession in a book he put together entitled The Baptist Church Manual.

Some historians have viewed this confession as a capitulation to the Free Will movement. This, combined with the revivalism of the age, had worn away the sharp edges of their Calvinistic persuasion. William Lumpkin surmised that this combination had “produced a revolt against the rigid theological system of some Calvinistic Baptists. The New Hampshire Convention thus sought to restate its Calvinism in very moderate tones.” William J. McGlothlin wrote that “it is doubtful if it ought to be called Calvinistic, since it is non-commital on every point of difference between the Calvinistic and Arminian systems.”

My personal investigation of the theology and historical context does not yield the same judgment. I view this confession as fundamentally loyal to the Calvinistic tradition. They did not capitulate to doctrines viewed as inconsistent with the historically expressed biblical faith of Baptists. It employs, however, phrases and carefully constructed ideas that stress the existence in the Calvinistic doctrines concepts that were not explored sufficiently by the Primitives on the one hand, or were misrepresented by the Arminians on the other. To this I will give the next part in this series.